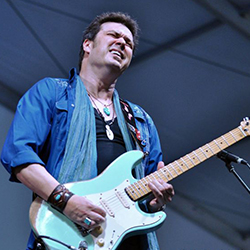 When his uncle gave Tyrone Vaughan his first guitar at age 5, there was no turning back. Stevie Ray Vaughan knew this would be a valuable family trait to hand down. Even father Jimmie Vaughan shares the musical heritage. While the family is strong- willed with the guitar and all of its facets, Tyrone manages to set his own path by playing Funk, Blues/Rock & Traditional Soul music.

Tyrone grew up knowing that music was in his bones and naturally built a raw and rural sound that is the trademark Vaughan passion. It’s easy to see that he knows what to do with the Stratocaster. 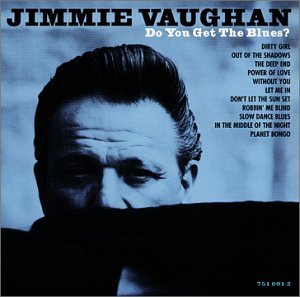 The Vaughan legacy continues through Tyrone and can be heard on Jimmie Vaughan’s 2001, GRAMMY® Award winning album, Do You Get The Blues?, as Tyrone co-wrote the song “Without You”, and plays guitar with Jimmie on the track (This album also included James Cotton, Lou Ann Barton, SRV's Double Trouble & Bill Willis).

Immediately after high school, he had moderate success with his first band, “Breedlove.” This band influenced a local Texan, Justin Furstenfeld of Blue October, to create his musical passion. 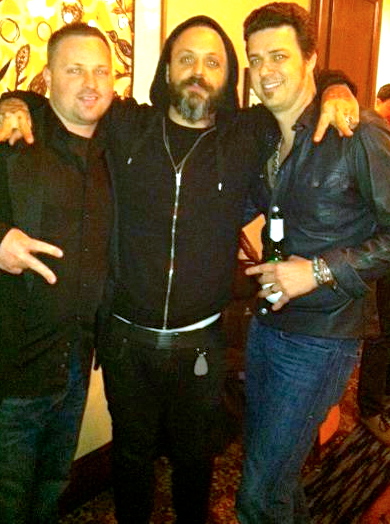 Inspiration from his grandfather on his mothers side, led to his first country album, “Downtime.” This was a great experience and root venture, causing him to be fan- acclaimed in singing, songwriting and guitar playing. In April of 2015, Vaughan joined Royal Southern Brotherhood (RSB) featuring Cyril Neville on vocals, in result of 2 albums on Ruf Records, one recorded at the legendary FAME Studios in Muscle Shoals, AL and the other album recorded at Dockside Studios in Maurice LA. Tyrone and the brotherhood promoted the albums and toured extensively throughout Europe, Australia, Canada to include over 12 countries and 3 continents. 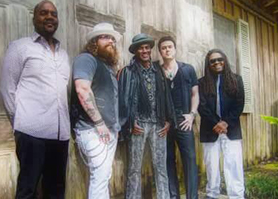 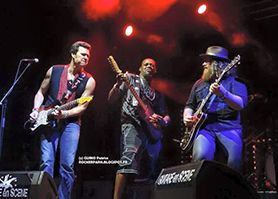 You can find Tyrone plugged into the scene of the “Live Music Capital of the World” Austin, TX. Here his authentic Texas Style blood flows and aims to please.